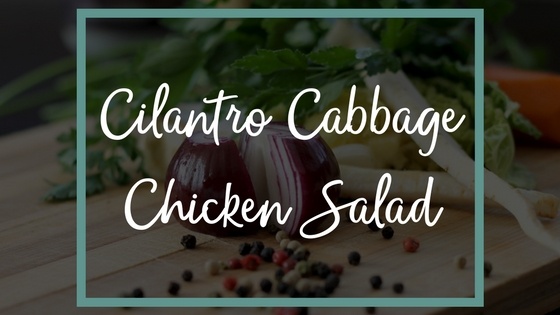 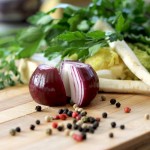 Even though it’s the dead of winter and, if you’re like me, a salad is the last thing you want to eat right now, I wanted to share this recipe because it’s absolutely one of my favorites. I mentioned it in a blog post on my AIP journey, so I thought I would do something crazy and go ahead and post a salad recipe in January. I’m kinda crazy like that.

Normally, I would throw in about half a cup of toasted cashews, but since nuts are out on the AIP, I had to leave them out. Sad. If you’re not doing the Autoimmune Protocol, do yourself a favor, and add the cashews. You will be glad you did.

I don’t really measure when I cook, especially if it’s a recipe I make all the time, like this one. My cooking philosophy is to just throw in however much you want of whatever looks good. That’s why baking drives me crazy. It’s so…precise. I don’t have time for that! So use this recipe, but do what looks good to you. Leave out the chicken if you want to use this salad as a side dish for another meat. Use less red onion if you think it’s too overpowering. Just don’t leave out the cilantro. It’s essential.

juice of half lime

Mix together salad ingredients in a large bowl. In a smaller bowl, whisk the dressing ingredients together and pour over your salad.  Stick it in the fridge and let the flavors meld for a bit. Then, devour!