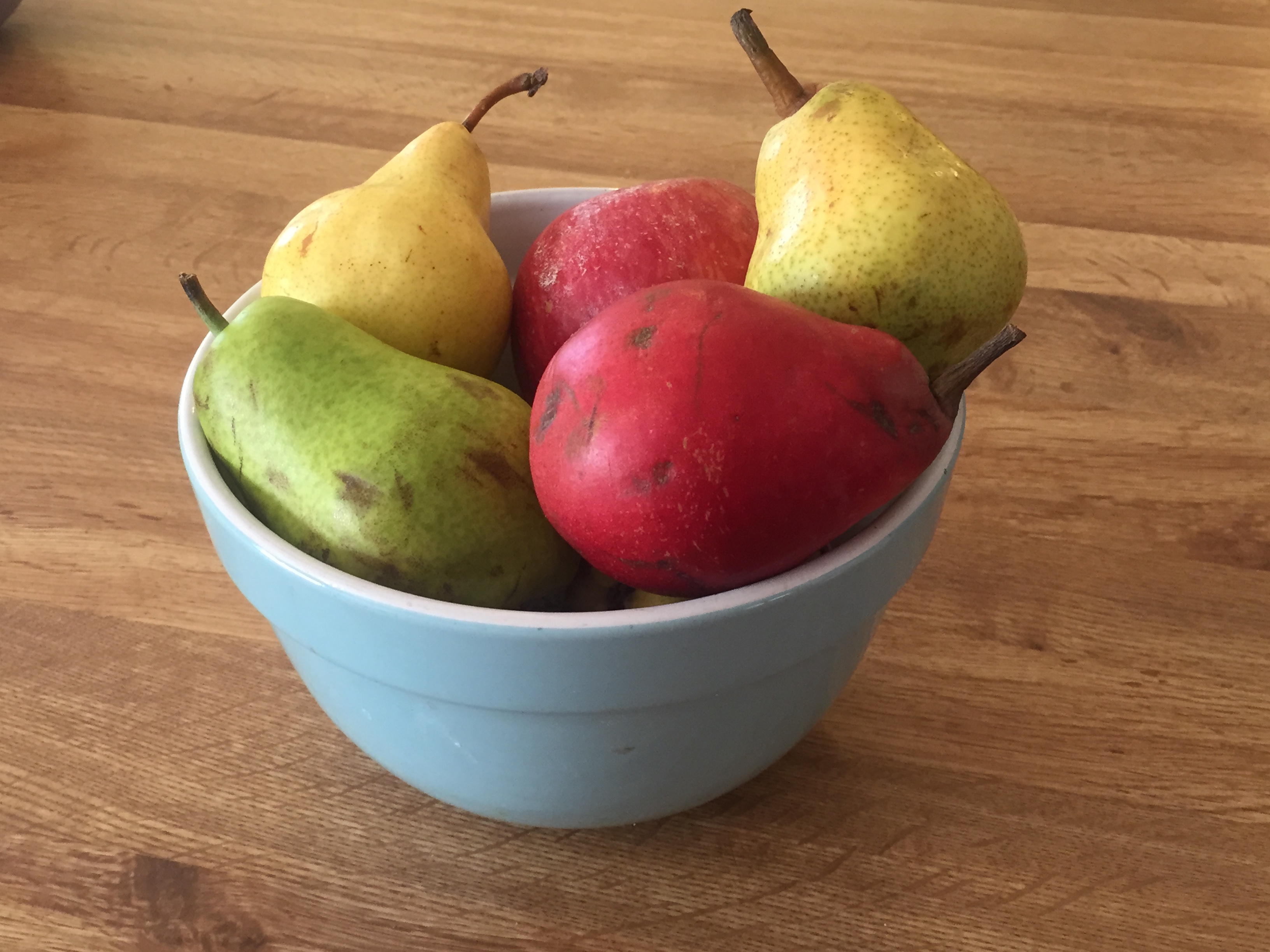 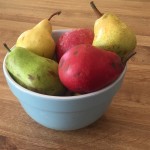 Yesterday I stopped by Natural Grocer’s to pick up a few things and noticed some yummy looking produce in the quick-sell bin that caught my eye.  Don’t these pears look so pretty and fall-ish (yes, it’s a word). I had an epiphany and decided it was time to break out the ol’ dehydrator for some dried fruit!

While I love dried apples and pears, I don’t make them very often, for a couple of reasons. First of all, it’s labor intensive. Slicing and coring all those apples and pears, well…. it’s not the funnest (it’s a word too) part of the process. But the results are oh so worth it!  Which brings me to the second reason why I don’t make dried fruit very often. After spending (what feels like) hours slicing, and peeling all that fruit, and then waiting, and waiting, and waiting (hours!) for the fruit to dehydrate- they are gone in sixty seconds. I mean, I seriously think I could down all four trays in one sitting. It’s like candy. So I’ve found the best way to control my intake of dried fruit is to just not make it. But when you see beautiful, almost past it’s prime, but just perfect for dehydrating, fruit sitting on the quick sell rack at the grocery store practically begging you to take it home, well, a girl’s gotta do what a girl’s gotta do.

Besides, it’s officially fall, right? If there was ever a reason to dehydrate something, that’s got to be it.

So in honor of fall, and just to save those lovely pears from a terrible fate, I bit the bullet.  And despite my whining about how labor intensive the process is, it’s really not that bad and the results are totally worth it. 🙂

I love to do both apples and pears, but you can pick what works for you.

Core fruit and slice thinly, about a 1/4″ in thickness. 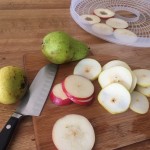 Place on dehydrator tray and sprinkle with cinnamon (don’t skip the cinnamon, it’s so good!)

Place trays on dehydrator and allow fruit to dry for about 8 hours. Check after 4 hours. You may want to rotate the trays every few hours so the fruit dries evenly.

If you don’t have a dehydrator, you can dry the fruit in your oven. Set oven to 150 degrees and allow to dry for about 8 hours, checking every few hours and rotating the pans. 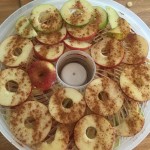 How do you know when your fruit is dry enough? The pieces will be dry enough that they aren’t sticky and moist, but not so dry that you have dried fruit crackers 🙂   The best way to tell when they are dried to perfection is to eat one. And then another one. Just to be sure.

Store in an airtight container at room temp for up to a week. Ha! Like they will last that long!

Give this treat a try and come let me know what you think!